It’s hard to imagine the Internet without memes, rage faces and yes, rage comics. You’ve definitely encountered one given they’re populating social media and are the main attractions in various websites, most notably 9gag, 4chan and Reddit. These serve a lot of purposes, most notably humor inducement, communication and even as a marketing tool. Other than laughing insanely at the messages they said, it’s important to learn where and how they came to be. Remember, their origins are as funny as the memes themselves: some even make great stories!

If you like dogs and even wolves in general, you might have encountered Moon Moon, the Internet’s craziest wolf, and sometimes depicted as a husky:

Other memes depict this adorable – and intellectually challenged – canine being reprimanded and insulted by his pack-mates.

This meme was born when a Tumblr user was given the name “Moon Moon” via a name generator entitled, “What is Your Werewolf Name”. The user, named Kitchiki, brought this into attention and as a result, gained over a hundred notes in two weeks (humor permeates in the Internet quickly). As a result, Moon Moon was successfully popularized and social media accounts dedicated to this wolf was launched.

His real name is Tardar Sauce, and he is arguably the Internet’s most popular cat. Born in April 4, 2012, owner Tabatha Bundesen would never have thought this cat afflicted with feline dwarfism would become a celebrity. However this ailment should be taken seriously, and seeing a veterinarian should be done with haste. She was even in the cover of the New York Magazine:

Her popularity was due to Bundesen’s brother posting a picture of Tardar Sauce on Reddit, which was then met by over 25,300 upvotes in less than a day. Photoshopped parodies started to appear by then, while it reached over a million views in Imgur.com. Keep in mind cats are a cult in the Internet. Seriously. If you’re having a bad day and if it seems you hate everything, just look up Tardar Sauce’s memes. You’ll even see her in his very own movie soon.

Back in 2012, the Internet was taken by storm: a picture of a ridiculously photogenic guy who stole the hearts of everyone started spreading on the information highway. During the Cooper River Bridge Run in South Carolina in March 31st 2012, a celebrity was born. Will King, a computer programmer and amateur photographer, was randomly taking photos of the runners when his lenses came across Zeddie Little, a then 25-year old Zeddie Little. Who could resist that smile?

Little was interviewed in Good Morning America, admitting that the photo was taken after he waved to a friend, while his face was plastered and displayed in sites like Mashable and MSN, while numerous social media accounts dedicated to him were set up. Don’t get your hopes up ladies, he’s taken, according to his father. Anyone would go crazy for him, given he’s the only meme to make Grumpy Cat smile.

Although having an overly attached girlfriend is a prospect guys would….well… want, Overly Attached Girlfriend takes it to the extreme: 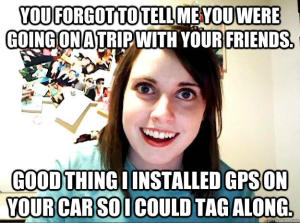 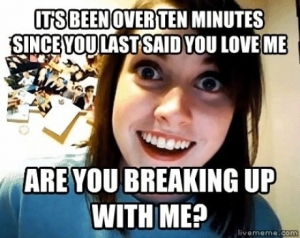 Although OAG looks quite scary there, she’s actually the harmless Laina Morris, who published a video as a submission to a contest held by Justin Bieber. Her video was a satirical version of Bieber’s “Girlfriend”, which featured her looking at the camera with a fixed smile. In less than 48 hours, her video garnered a whopping 1.35 million views. The reactions to her videos (and the screenshots) were then popularized by sites like Mashable, Buzzfeed, and Tumblr.

We’re sure you wouldn’t mind having an overly attached girlfriend, especially if she looks like this:

Memes are great ways to relieve stress, and spending a few minutes looking them up before bedtime is a great way to top off your day!

Mikhail Blacer is the sports editor of Scoopfed, thanks to his passion and interest in various athletic disciplines. He plays basketball and soccer in his spare time, although he's not really good at these. Other than being a full-time writer and editor for Scoopfed, he is also an administrator of numerous basketball pages in Facebook, and was the chief editor of his college's publication. In his spare time, you'll catch him enthusiastically talking about the Philippine National Basketball team, and his favorite NBA team, the Miami Heat. He is also an avid reader of ancient history books, Paulo Coelho's novels, and superhero comics. 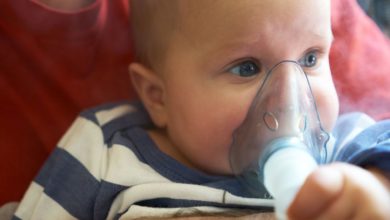 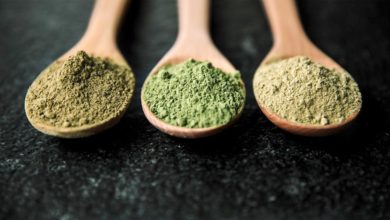 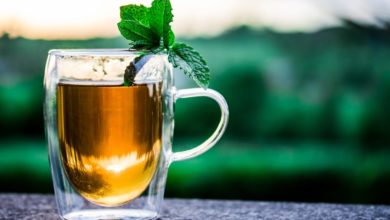