Every one hates dying in video games. And not just dying but also seeing that hateful game over signs on the screen. Game Over screens are especially hated in the past in arcade games. Even more so when you don’t have any quarters left to continue your progress.

However, nothing seemed to change in the now with addicted gamers ruining their gaming equipment from frustration. How will you feel if you were so close to beating a boss fight only to die at the end? Frustrating.

Fortunately, some video game developers know what the players are feeling and decided to shake things up. Here are some hidden game over screens that will leave you in awe instead of anger and frustration.

Note: Be aware that this article contains spoilers for the following games listed here.

Tomb Raider: A Touch of Gold

Lara Croft is one of the most famous and beloved video game characters in the gaming industry. Not only that, she is also one of the video game characters that can inspire gamer girls to get fit. Tomb raiding is never easy. You get to face and anticipate traps as well as enemies during your adventure. However, one of the most memorable and not-so-hidden game over moments you will see in the first and remake of Tomb Raider is of Lara turning to gold.

If you are familiar with the popular story about King Midas, then you should have braced yourself with the obvious consequences when you are at Midas Palace level. However, the reason why this ending is not-so-hidden is that most players are quick enough to jump on the giant hand statue before they realize that that one was the thing.

Dishonored: Don’t Be A Pervert

In Dishonored, you will be playing as the mysterious and silent Corvo. There will be a part in the game that will test whether the players lead Corvo to dishonor or to the path of being a respected protagonist of the game. There will be a scene where you will witness Piero, the inventor sneaking a peek on Callista taking a bath.

You will have a choice of sending him away or leaving him. Then you will also have a chance to do the same. And if that doesn’t seem enough, you can always have the option to barge in and get in close and personal. Of course, Callista doesn’t appreciate this. If you choose to keep being the pervert, then the game is over. This is because even in games, game developers wanted to promote personal space as well as not being a pervert.

One of the things that made Far Cry memorable is their villains. You play as Ajay Ghale and on behalf of your deceased mother’s wish, you go back to Kyrat to lay her ashes at “Lakshmana.” However, the game starts with you being held captive by Pagan Min, the tyrannical ruler of Kyrat and the villain of Far Cry 4. As he leaves to deal with a terrorist that got caught with you, you are asked to stay.  This is the game’s way of telling to get out and kick butt.

However, you can also do what the villain asks. After almost 13 minutes of waiting, Pagan Min returns and finally, you will know how he knew about your mother, what’s your ties with the rebellion and what Lakshmana is. Enlightened. Then the game ends. This just goes to show that there’s more to the villains than you thought. Plus, you didn’t kill anyone at all in this Far Cry game. That’s a feat.

Some Game Overs Are Not That Bad

Sometimes, game overs are actually not bad after all. Well, it may cost you the time and effort that you have finished but it did make up by intriguing you and leaving you in are at the end, right? The gaming industry is evolving as well and there are plenty of things to look forward to in current and upcoming games.

So what are the game over screens that deviated from the standard game over that you know?

Love to know more game and tech scoops? Head on over!

How these Video Game Publishers Make a Fool of Their Fans 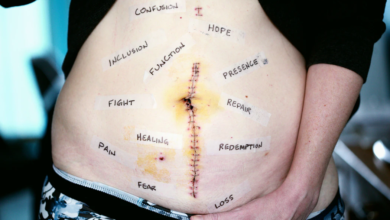