The Scoop: Recently, Asus launched their latest Zenfone model which is said to be the clone of iPhone X. However, which one should you buy in the end? Asus Zenfone 5 or iPhone X?

This year, the excitement and the anticipation of upcoming smartphones is in the air. Some had already launched early in the year. There will be many choices to choose from and individual devices will have their own ups and downs.

Furthermore, buying a phone is like a relationship. It’s a commitment. We use it every day, we carry it anywhere we go, and we depend on it to be able to finish specific tasks. Therefore, when buying a phone, you have to consider all the features, specifications, and capability of what the phone can offer you.

Between the newly launched Asus Zenfone 5 and last year’s Apple iPhone X, which is the best choice to buy?

Display: Asus Zenfone 5 has a size of 6.2 Inches. It has a resolution of 1080 x 2246 pixels and sports Corning Gorilla Glass which make it scratch resistant.

Camera: It has a 12.0 Megapixels dual camera on the rear with a f/1.8 aperture and has dual-tone LED flash. On the other hand, the front camera has 8.0 megapixels with a f/2.0 aperture.

Storage: Internal storage capacity is up to 64GB with an expansion of 400GB using a microSD.

Audio: Supports FM radio and is fitted with stereo loudspeakers along with a 3.5mm audio jack.

Sensors: Zenfone 5 is equipped with a Fingerprint Sensor, Proximity Sensor, and Ambient Light Sensor. It also has a Compass, Gyroscope, and Accelerometer.

Battery: It has a Li-ion type battery with the capacity of 3300mAh and is found to charge fast. However, the battery is not removable.

Design: The look of Asus Zenfone 5 mimics that of iPhone X. It is made of metal and glass that weighs at about 155g. It can come in two colors: Blue and Silver.

The Price: No Price Yet

Display: Apple iPhone X is 5.8 inches in size. Its screen is OLED with slim bezels and a 3D touch having a resolution of 1125x 2436 pixels and scratch resistant glass.

Platform: It is functioning on the iOS 11 with their custom chipset Apple A11 Bionic having 3GB RAM. Its CPU is 2.74GHz Dual Core Monsoon + 1.6GHz Quad Core Mistral while its GPU is on 3-Core GPU.

Camera: It has a 12.0 Megapixels dual camera on the rear with a f/1.8 aperture, OIS, and Optical Zoom. Its equipped with a dual-tone LED flash along with autofocus. On the other hand, the front camera has 7.0 megapixels featuring a f/2.2 aperture, Fixed Focus, and Screen Flash.

Storage: Internal storage capacity is up to 64GB/128GB.

Network and Connectivity: iPhone X only has a single nano sim and supports 4G LTE(700MHz), 3G HSPA+, 2G EDGE and GPRS networks. Like Asus Zenfone 5, it is also NFC enabled having a Wi-Fi 802.11 b/g/n/ac (Dual Band), Bluetooth 5.0, and A-GPS. It may also be USB OTG. However, it has a lightning port for USB connections.

Sensors: iPhone X has all the sensors the Zenfone has but it doesn’t have the Fingerprint Sensor. However, it has Depth Sensor and a Barometer that the Zenfone lacks.

Battery: It has a Li-ion type battery with the capacity of 2716mAh, it can charge fast and can be charged wirelessly. The battery is also not removable.

Design: iPhone X is fitted with an IP67 Water Resistant Stainless Steel Frame with Glass from Front to Back. It weighs at about 174g and can come in either Silver or Space Gray.

Of course. Apple has been consistent in being the superior when it comes to the mobile phones. We have yet to witness a brave contender that will knock them off their throne.

That’s not to say that Asus Zenfone 5 is indeed a lost cause. Asus Zenfone 5 is found to have a similar look and feel like Apple’s iPhone X. And even if it cannot compare to iPhone X, it has what iPhone X can’t offer most people. Affordability. Even though the price is not yet announced, you can be sure that it is much affordable than iPhone X.

If you have more than enough, you can invest in an iPhone X. However, if you want your own version of iPhone X or if you want a sturdy, advanced phone from a trusted brand on a budget, the Asus Zenfone 5 is for you.

So is Asus Zenfone 5 the phone for you?

Check us out for more tech feeds like this.

10 Timeless PC Games That You Just Can't Get Enough Of

QUIZ: Are you a Steve Jobs or a Bill Gates? 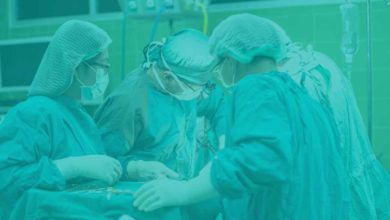 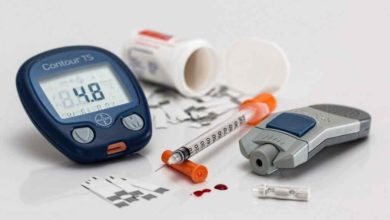