Basketball is one of the world’s most popular sports, played everywhere from the gigantic stadiums of the United States to the makeshift pocket-sized courts in Manila. Remember, basketball isn’t just about the NBA! 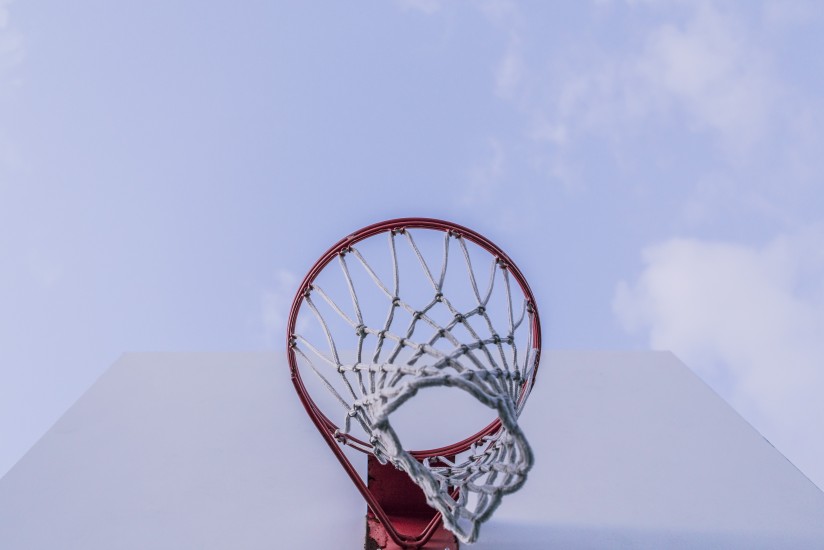 After the 2014 FIBA World Cup (which was won by the United States), basketball fans’ attention will be once again shift to the continental tournaments which will serve as qualifiers to Rio. The current crop of worldwide basketball talent looks promising, and all the action in the regional hoops wars should be given ample attention.

So, grab a cup of amazing coffee and let’s look at some of the scenarios and the current situation by continent.

The 2015 FIBA Africa Championship for men will be held at the cities of Nabeul and Hammamet in Tunisia from August 20-30. The cast for the tournament – including the draw – has already been set.

• Group A – Tunisia, Uganda, Nigeria, Algeria
• Group B – Angola, Mozambique, Central African Republic, Morocco
• Group C – Egypt, Gabon, Mali, Cameroon
• Group D – Ivory Coast, Cape Verde, Senegal, Zimbabwe
The 2013 format will be retained: four groups of four, all teams in the round of 16 (matchups decided by first round results). It’ll then be a knockout phase until the finals – the winner of the tournament will be the only team to qualify to the 2016 Rio Olympics, while the 2nd and 3rd placers will be given berths to the 2016 Olympic qualifying tournament.
Most likely, the lone Olympic berth will likely be disputed by four teams: Tunisia, Nigeria, Angola, and Ivory Coast.

Tunisia’s a perennial powerhouse and the 2011 champions. They will be looking to reclaim the crown they lost to Angola in 2013. Meanwhile, Nigeria has always been considered a regional power, and they will be backed by Ben Uzoh, Al-Farouq Aminu and Gani Lawal.

As for Angola, it is the 16th ranked team in the world, and for good measure: it won the most FIBA Africa crowns, the reigning champions and they’ve made it to the Olympics from 1992, though they missed the 2012 edition. Meanwhile, Ivory Coast, which finished fourth in the 2013 edition, will be manned by French league veterans and Gonzaga Bulldogs forward Edi Guy.

Egypt actually made it to the FIBA World Cup, finishing 2nd in the 2013 Afrobasket via a miraculous run in the knockout stages. Rest assured, they will be a team to watch.

Meanwhile, Cape Verde and Senegal are also teams to watch, with the latter snatching the bronze in the last edition and making it to the 2nd round of the World Cup, upsetting Croatia and Senegal (but lost to Greece and the Philippines) before being downed by Spain.

This is the last edition of the continental Asian championships, given that FIBA has decided to resort to a FIFA-style home and away format in deciding the qualifiers in the FIBA World Cup 2019.

Asia’s cast isn’t complete yet, and here are the following teams which made it to the main tournament in Changsha, China which will be held from September 23-October 3:

• China, via its hosting rights.
• Iran, due to it winning the FIBA Asia Cup in 2014.
• Qatar and Kuwait, by finishing winners and runners-up in the Gulf Basketball Championship.
• Philippines, Singapore and Malaysia, by finishing 1st, 2nd and 3rd respectively in the SEABA Championships.
• Kazakhstan, by defeating Kyrgyzstan in the Central Asia qualifiers, 84-39.

As for the other regions, here’s a fearless prediction of the teams likely to make the final cast:

India, given that there are no teams which can contest its dominance in its region, except Afghanistan. If the Afghans join the qualifying round, it could pose problems for the Indians, given that their long time coach Scott Fleming resigned recently .

The West Asian Basketball Championships will be held in Tehran, Iran in the last week of May. The teams joining include Iran, Jordan, Lebanon, Palestine and Yemen. Since the hosts already qualified to the FIBA Asia, the top three teams (excluding Iran) which will likely be Lebanon, Jordan, and Palestine.

As for East Asia, the teams joining the regional EABA championships haven’t been slated yet. However, China, South Korea, Macau, Mongolia, Hong Kong, and Chinese Taipei will be the likely participants. It is still unknown if Japan will get to join, considering that they are currently under a ban by FIBA. If the ban will be lifted in June, then the “Hayabusa” will be in the tournament.

The top four teams (barring China) will receive berths to the FIBA Asia tournament, and it will likely be world championship participant Korea, Chinese Taipei, Hong Kong and Mongolia. Japan will be a top three team if they get cleared, and the last spot will be a decided by a tug-of-war between Mongolia and Hong Kong.

Only the winners will be assured of the Olympic berth, while the silver and bronze medalists will be given a spot in the Olympic Qualifying tournament. The teams to watch include:

• China – the perennial powerhouse and hosts. It is still unclear if they will field their underachieving young core or if it will be a mix of young guns and veterans. The Chinese will be looking to earn a spot in the Olympics by winning reclaiming the crown they embarrassingly lost in the 2013 FIBA Asia.

• Iran – the 2007, 2009 and 2013 champions are considered currently as Asia’s strongest team. Backed by veterans like Hamed Haddadi, Mehdi Kamrani and Nikkah Bahrami, this team will be looking to qualify to the Olympics again. Spurred by their success in the 2013 FIBA Asia, they will be a team to watch.

• The Philippines – as the 2013 silver medalists and best performing team in the 2014 FIBA World Cup, the Philippines is one of the few countries where basketball is the number one sport. Despite the retirement of prolific guard Jimmy Alapag, “Gilas Pilipinas” will likely be manned by naturalized player Andray Blatch, high-scoring guard Jayson Castro and reigning PBA MVP Junmar Fajardo. Now coached by Tab Baldwin, the Philippines is arguably one of the best teams in the tournament.

• South Korea – the Koreans play beautiful basketball, and are known to be one of the best marksmen from beyond the three-point line. After snatching the bronze medal in the 2013 edition, they were eliminated in the first round in the FIBA World Cup. However, they bounced back by winning the gold medal in the 2014 Asian Games. Coached by Yoo Jae-Hak, the Korean team will be composed of guards Yang Dong-Geun and Kim Min-Goo , along with big men like Kim Joo-Sung, Kim Jong-Kyu and the returning Oh Se-Keun.

All photos used under the fair use agreement.

Start Your Journey To A Smoke-Free Life