The Benefits and Side Effects of Glutathione: Is It Safe to Take?

Glutathione is one of the most critical molecules in the human body. It is a powerful antioxidant that helps protect cells from damage.

Glutathione is a substance produced in cells. It comprises three amino acids: glutamine, glycine, and cysteine. And as mentioned earlier, glutathione levels in the body may be reduced by several factors, including poor nutrition, environmental toxins, and stress.

Unfortunately, many people intake glutathione supplements without proper research, which can harm their health.

There are different types of glutathione sources. The most natural is found in some foods, including meats, fruits, and vegetables. It’s also available in supplemental form.

Glutathione is also sourced in the form of a supplement. And these supplements are available in various forms, including pills, powders, and injections. The most common way to take Glutathione is orally (by mouth).

Glutathione supplements are also sometimes given intravenously (by IV). IV glutathione is often used as a beauty treatment, and Glutathione IV therapy is said to help lighten skin, improve energy levels, and detoxify the body

Glutathione Deficiency happens when the body doesn’t have enough Glutathione. The nutrient is essential for many functions in the body, including immune system function and detoxification.

A Glutathione deficiency can lead to several health problems, including neurological disorders and cancer. Certain medications, such as acetaminophen, may also reduce glutathione levels.

Moreover, it has been linked to several diseases and conditions, including Parkinson’s disease, Alzheimer’s disease, diabetes, and cancer.

Fortunately, a Glutathione deficiency can be treated with supplements, diet, and lifestyle changes. If you want to know your glutathione level, it can be measured with a blood test.

Glutathione Benefits and Side Effects

Glutathione has many potential health benefits. Some research suggests that it may help treat or prevent certain diseases and conditions, including:

Aside from this, there are other health benefits of Glutathione.

Glutathione is a potent antioxidant that helps protect cells from damage. It neutralizes free radicals and prevents oxidative stress, which has been linked to several chronic diseases.

And because of this, Glutathione has been shown to boost immune system function and detoxification.

Psoriasis is a condition that causes the skin to become red, inflamed, and scaly. Glutathione has been shown to improve psoriasis symptoms by reducing inflammation and skin cell turnover.

Moreover, Glutathione is used as a skin-lightening agent to treat uneven skin tone and pigmentation, which can be an anti-aging agent.

Glutathione has also been shown to improve sperm quality and motility and may help treat certain types of infertility. This is because, as an antioxidant, Glutathione protects sperm cells from damage.

Alzheimer’s disease is a progressive brain disorder that leads to memory loss and cognitive decline. And Glutathione has been shown to protect brain cells from damage and improve cognitive function in people with Alzheimer’s.

Another benefit of Glutathione is that it has been shown to reduce symptoms of respiratory diseases, such as asthma and COPD, by reducing inflammation.

Insulin resistance is a condition in which the body does not correctly respond to insulin. And it was proven that Glutathione had been shown to improve insulin resistance in older adults, which may help prevent type II diabetes.

What are the Side Effects of Glutathione?

On the other hand, although Glutathione is generally safe and well-tolerated, there are a few potential side effects to be aware of, including:

Aside from these, a person can also experience the following.

An asthma attack is a sudden onset of symptoms that can be life-threatening. Glutathione has been shown to trigger asthma attacks in some people, so you must speak with your doctor before taking glutathione supplements.

Glutathione has also been shown to raise blood pressure in some people. So, if you have high blood pressure, speak with your doctor before taking any glutathione.

Allergic reactions to Glutathione are rare but possible. If you experience symptoms of an allergic reaction, such as swelling, rash, or difficulty breathing while taking glutathione supplements, seek medical attention immediately.

To avoid this, be careful of the supplements you buy online and always check with a doctor first to ensure that the supplement is right for you.

A person can experience bloating and cramps when taking glutathione supplements. To avoid these side effects, start with a low dose and increase gradually as needed.

Glutathione supplements can also cause zinc deficiency. To avoid this, take a zinc supplement or eat foods rich in zinc, such as oysters, beef, and pumpkin seeds.

Lastly, glutathione supplements should be avoided during pregnancy as they can increase the risk of complications, such as miscarriage and congenital disabilities.

Glutathione can interact with certain medications, including:

Q: What are the benefits of Glutathione?

Q: What are the side effects of Glutathione?

A: Although Glutathione is generally safe and well-tolerated, there are a few potential side effects, including headache, nausea, diarrhea, fatigue, and skin rash.

A: Glutathione supplements should be avoided during pregnancy as they can increase the risk of complications, such as miscarriage and congenital disabilities.

Q: What medications does Glutathione interact with?

A: Glutathione can interact with certain medications, including immunosuppressants, antibiotics, and chemotherapy.

Glutathione is a safe and well-tolerated supplement with many potential benefits. However, there are a few side effects and interactions to be aware of. So, if you have concerns, speak with your doctor before taking glutathione supplements.

Are Peptides Safe? Risks and Side Effects of Bodybuilding Peptides

The Benefits of Aerobic Exercise: Why You Should Start Today

The Most Common STDs: Everything To Know About Chlamydia

9 Telltale Signs You Should Check Into Rehab For Addiction 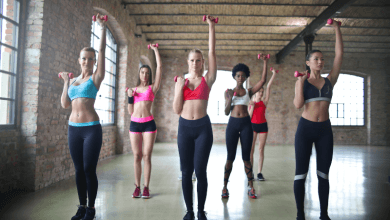 The Benefits of Aerobic Exercise: Why You Should Start Today

Check Also
Close
By Jen Hensey
All (554)
Follow Us