Distilled spirits play a significant part in cocktails, serving as a “base” to add different liquors and tastes and even produce more sophisticated and subtle spirits.

Among the numerous distilled spirits on the market, there are only six ‘base’ liquors: vodka, whiskey, brandy, gin, rum, and tequila, and these six base spirits are consumed in a variety of ways, whether straight up, on the rocks, or blended into a sophisticated, delicious cocktail.

Learning the distinctions between these six kinds of distilled spirits will enable you to utilize them more successfully in your cocktails and mixed drinks, so keep reading.

The 6 Different Forms of Distilled Spirits

Gin has grown in popularity in recent years, and it is available in a wide range of tastes and types, with the most popular being London Dry Gin, Plymouth Gin, Old Tom Gin, New American Gin, and Generver.

It is manufactured all over the globe, but it is most closely identified with the United Kingdom and Europe, especially the Netherlands. Gin has a unique dry profile, ideal for dry non-sweet cocktails like classics and martinis. It’s an excellent foundation spirit for cocktails, including fever components, and it goes well with mixers and fruits.

You must produce a spirit from Juniper berries to be classified as gin; nevertheless, gin is distilled from neutral grains such as barley, maize, rye, and wheat and is flavored with a range of botanicals that vary according to the brand.

Gin has a unique herbaceous and dry flavor, with a “piney” fragrance, and the ancient types of gins, such as Old Tom and Plymouth, have a faint sweet touch. The primary component in gin is juniper, although it may also be flavored with botanical or herbal tastes, spice, floral or fruit flavors, or a mix of these.

It is often paired with tonic water. It is also used as a foundation spirit in producing flavored gin-based liqueurs such as sloe gin, which combines extra flavorings and fruit and sugar for a distinctly sweeter taste.

Tequila, like the famous Don Julio 1942, is also used in spicy cocktails. Distilled from the fermented juices of the agave plant, Tequila has a distinctive earthy flavor with semi-sweet and spicy tones. It can be aged or unaged.

Blanco (or silver) tequila is unaged, while the Reposado and Añejo varieties are aged, often in used whiskey (bourbon) oak barrels. Tequila is a unique liquor as it’s the most tightly regulated and can only be made in Mexico.

Spirits distilled from the agave plant produced outside of Mexico cannot be sold as “tequila.” For example, agave spirits such as mezcal, pulque, sotol, raicila, and baconara, are not considered “tequilas.” The regulations surrounding Tequila are defined under an Appellation of Origin, established in 1978, and the industry is overseen by the Tequila Regulatory Council (CRT).

Vodka is a clear distilled alcoholic beverage in Europe, with variants produced in Poland, Russia, and Sweden. It comprises water and ethanol, making it one of the most flexible distilled spirits available. Owing to its neutral alcohol/ethanol taste, you can be tailor to almost any flavor profile – whether savory or sweet.

Although vodka may be distilled from practically anything, the most frequent techniques include distillation from neutral grains like rye, maize, and wheat or potatoes. Still, vodka can also be made from beets, grapes, and other bases.

While vodka has historically been clear in color, flavored vodkas are now a prominent genre. Some contemporary companies have also created more intriguing vodka variants, such as those based on fruits, honey, or maple sap. Vodka is traditionally consumed “neat,” which means it is not combined with water, ice, or other mixers. It is often served freezer-chilled in the vodka belt of Belarus, Estonia, Finland, Iceland, Lithuania, Latvia, Norway, Poland, Russia, Sweden, and Ukraine.

On the other hand, Vodka is famous in cocktails and mixed drinks such as the Vodka Martini, Cosmopolitan, Vodka Tonic, Screwdriver, Greyhound, Black or White Russian Moscow Mule, Bloody Mary, and Caesar. 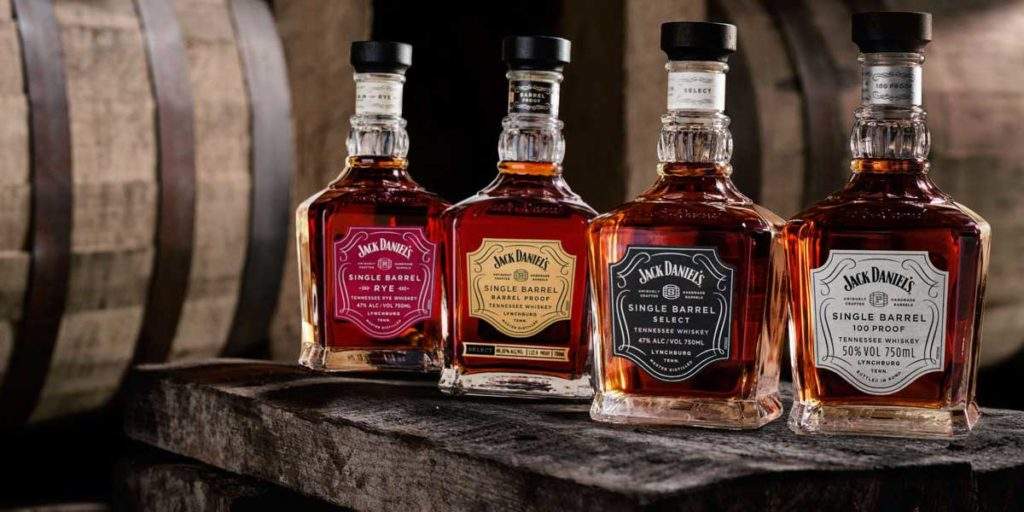 Whiskey comes in a variety of styles and flavors, making it an adaptable cocktail basis. It is made all over the globe, although the different types are typically characterized by the nation or area where it is made, such as Irish Whiskey, Japanese Whiskey, or Tennessee Whiskey.

Whiskey is produced from fermented grain mash, and several types of the distilled spirit are made from various grains which may or may not be malted, including barley, maize, rye, and wheat. Whisky is often matured in wooden casks, either ancient sherry casks or barrels made of charred white oak.

Some whiskeys, such as bourbon, are aged in new barrels, while others are aged in a combination of new and previously used whiskey or wine barrels. Only moonshine, also known as white dog, is not aged, and although some whiskeys are mixed, others are single malts. Whisky is tightly controlled across the globe and comes in a variety of classifications and kinds.

The unifying qualities are often determined by the fermentation of the grains, the distillation process, and the aging in oak barrels. Try to purchase a famous Jack Daniels Gift Pack to taste the best of whiskey.
Whiskey blends nicely with other liquors to make complicated cocktails, but it also goes well with dark fruits and is often used in hot beverages. Despite its numerous variations, whiskey contains roasted and malted grain flavors with oak undertones, but each variety will have its unique qualities.

Rum’s sweeter taste makes it one of the most adaptable spirits, a favorite ingredient in tropical beverages and warm cocktails. It was one of the earliest liquors to be combined into cocktails and came in a wide range of flavors.

Rum is primarily manufactured in the Caribbean and South America, and certain types are country-specific, like Cachaça, which must be made in Brazil. This alcohol is distilled from some type of sugar, most often molasses or, in rare instances, pure sugar cane.

The taste profile of rum varies based on the type, location, and aging method, but it generally has a sweet, toasted flavor. Light rum is often not matured, but other rums are aging depending on the environment since rum produced in warmer regions requires less barrel time than rum made in colder climes.

There are also different grades of rum. While light rums are often used in cocktails, “golden” and “dark” rums were historically drunk straight, “on the rocks,” or in cooking, but they are now widely consumed with mixers.

Flavored rums are infused with fruit tastes like banana, mango, orange, starfruit, pineapple, coconut, or lime, and spiced rums are also popular – they get their flavors from spices sometimes, caramel, and are darker in color.

Brandy is used in many traditional cocktail recipes, although it is also often consumed on its own. While brandy is made all over the globe, some types are distinctive to particular areas, such as Cognac, Armagnac, Spanish Brandy, American Brandy, Pisco, Grappa, and Eau-de-vie, to mention a few.

While brandy has historically been used in basic beverages, you can now find it in many contemporary cocktails that push the limits of this classic spirit and experiment with its rich taste.

Brandy is made from fruit, usually grapes, but it may also be produced from cherries, peaches, apples, and apricots. It has a rich, fruity wine flavor with a nice oakiness, attributed to the fact that it is usually aged in oak and frequently mixed.

Other types are caramel-colored to create the appearance of age, while others are made using a mix of aging and coloring. There are no global brandy rules, but certain types must be made in specific areas using specific ingredients or techniques.

Brandy is traditionally served neat, from a snifter, wine glass, or tulip glass at room temperature. It is often warmed gently by holding the glass in the palm of one’s hand or by moderate heating. However, excessive heating may cause the alcohol vapor to become excessively powerful and overwhelming.

The Best Time Of Year To Buy A House